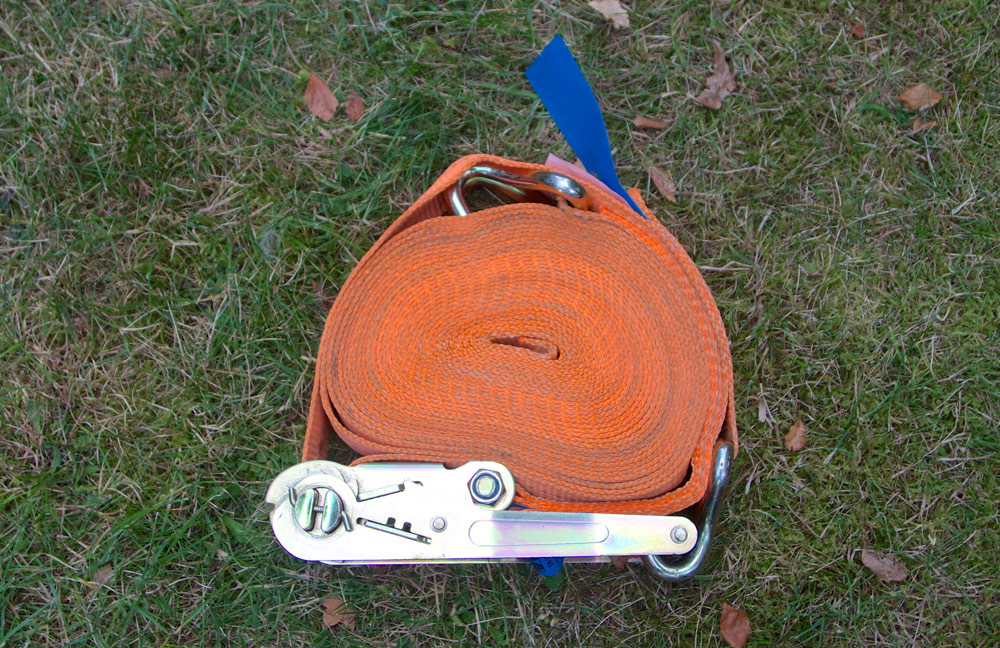 One tool in the rescue discipline that is important to store properly, ready for fast effective deployment is the ratchet strap.  One method that satisfies both requirements is the Triple R Method.  I first ran across this technique on Iraki West’s Heavy Rescue Germany page.  I included his video and also located a video in English below.

Here are a few pictures from the Heavy Rescue Germany that show the Triple R method in several different stages of storing the straps.  The Heavy Rescue Germany site is written in German, if that is not your first language, the “Translate” button should pop up and you can quickly translate the entire website. Here’s another method of storing ratchet straps from VentEnterSearch.com.

What happens when Chief Lee of Beaver Lane Fire & Rescue grabs the Paratech Bi-Pod and Griphoist off their SVI Trucks Heavy Rescue?  Check out the pictures below from their recent training. If you don’t follow. The Dover Fire Dept. posted a large animal rescue on March 27th.  Below is the statement the department posted along with a bunch of photos from the rescue.  A drone was also in the air during the rescue by the State Fire School and we are trying to locate that video.  Strong work by the Dover Fire Department and all others who assisted!

This afternoon around 3:00 pm, the Dover Fire Dept was alerted for a horse stuck in the mud at a farm on Nault Rd. The Large Animal Rescue Team as well as the Kent County Special Operations Team was immediately requested. Initial units on scene found a large draft horse partially submerged in the mud. The farmer relayed the animal had been in the mud for approximately 30 minutes. An equine veterinarian was also requested. As specialized units arrived on scene, the area around the animal was shored to provide a work area. Special equipment was utilized to lift the animal and place shoring underneath. After an almost two hour ordeal, the animal was able to walk out of the pasture under its own power. Special thanks go out to all the members of the Special Ops and Large Animal Rescue Teams. They were paramount in the successful outcome of this rescue. We would also like to thank the Brenford Animal Hospital P A for their response to the scene. It was later reported by the Vet that the horse was finally warm and resting comfortably and was expected to make a full recovery.