Situations like extricating victims from a motor vehicle crash or removing them from a trench present many unique challenges to the emergency responder — not the least of which is stabilizing the situation.

The first tactical objective in such situations is very much akin to the mantra of any good physician: Do no further harm to the patient. For a technical rescuer that means that our initial actions must be to protect ourselves and our patients.

And whom do we most often need to protect the patient from? Us, the rescuers.

I say that because in our zeal to “get to work” at the job of getting to and successfully removing the patient, rescuers don’t take the necessary steps to stabilize the vehicle or the trench. Inexperienced rescuers don’t understand and experienced ones get tunnel vision.

Have you ever seen or been a part of an operation where the vehicle was rocking and moving while rescuers cut and pried to gain access to the patient? In such a scenario, the rescuers were not giving the situation the stabilization required to protect both the patient and the rescuers.

Considering the number and types of injuries that a patient can sustain in an MVC, this unstable vehicle can only exacerbate whatever injuries the patient has suffered. Often, such inadequately stabilized cars shift or fall, resulting in the rescuers becoming victims.

Today’s vehicles — with their thin springy sheet metal or plastic panels spot welded or glued to lightweight metal cages — present an entirely different stabilization challenge than did their predecessors. Newer vehicles are designed to absorb the crash energy and not pass it on to the occupants. When they roll they tend to bounce around like a beach ball because of the resilient, dent resistant panels and lightweight construction.

Rescuers often encounter vehicles that have bounced into trees, landed on top of other vehicles, or crashed into buildings. They often find a crunched up ball of plastic and metal with a viable patient as its core.

It is extremely difficult to stabilize these vehicles because it requires the capability to support loads that are above ground level. Start pounding wedges or cribbing between the ground and vehicle and what do you get? Not much positive stabilization because the dent-resistant panels flex and absorb the wedges.

The bottom-line is that we have lost the ability to stabilize most of these vehicles effectively using wood or plastic cribbing alone.

Rescue equipment designers understand how new vehicle technology has evolved, and have responded with equipment to solve these issues. The technical term for these tools is tensioned buttress systems. The simple term is “struts.”

Struts have been around for thousands of years, but two developments have increased their popularity in the rescue field. The first is the evolution of motor vehicle technology, which has eliminated much of the effectiveness of traditional cribbing.

The second is the development of advanced materials used in the construction of struts such as high-strength aluminum and advanced composite materials structural composites, like Kevlar.

Equipment designers have taken these new materials and designed struts that are extremely strong, lightweight, and compact. The manufacturers are now able to produce Struts that both stabilize loads and lift/support loads.

JunkYard Dog Industries teamed with the folks a ZipNut Technologies and created the first pin-less rescue strut. They placed the double collar where the adjustment pin would normally be, and replaced the inner tube with a threaded stainless steel solid bar.

To extend the strut, the rescuer pulls up on the collar’s head and the threaded rod “zips” out of the square tube; to stop and lock the tubing in place the rescuer stops pulling.

For incremental adjustments in height or tension, rotate the collar and the threaded rod moves accordingly. When ready to retract the extension, just pull-up on the collar, the threaded rod is released and can be dropped back into the outer tube.

When looking for the struts that best suit your tactical needs and cost constraints, there are four categories of struts — good, better, best, and ‘if you have to ask … ‘ — with price and load capacities increasing as you advance.

Wood shoring is easy to make shorter and hard to make longer. This shoring is inexpensive, but bulky to store, not versatile and cumbersome to use. Systems are available for capping ends, combining shorter pieces to make longer sections, and attaching ratchet straps. Some brand names include ResQTec Criblocks, Z-Mag Rescue and Capabear Claw.

Props, which are small-diameter steel telescoping tubing, are good starter tools with a limited load capacity — typically 2,000 to 5,000 pounds. These are good for preventing a light vehicle from tipping over, but not capable of supporting advanced rescue loads.

The small size makes them easy to store. The brands include ParaTech, Res-Q-Jack and Junkyard Dog.

Stabilizing and lifting struts are composed of steel signpost material or advanced composite materials and have a load capacity range of 4,000 to 18,000 pounds. These Struts also have jacks, which can be used to aid in lifting loads or cribbing behind airbags.

These struts are designed for vehicle, machinery, aircraft and light structural rescue, but small enough to store easily. The brand names include Rescue 42 TeleCribs, Res-Q-Jack and ParaTech Highway VSK.

How to Make a Quick Vehicle Stabilization Chock

Battalion Chief (Ret.) Robert Avsec served with the men and women of the Chesterfield County (VA) Fire and EMS Department for 26 years. He’s now using his acquired knowledge, skills, and experiences as a freelance writer for FireRescue1.com and as the “blogger in chief” for this blog. Chief Avsec and his wife of 30+ years now make their home in Cross Lanes, WV. Contact him via e-mail. 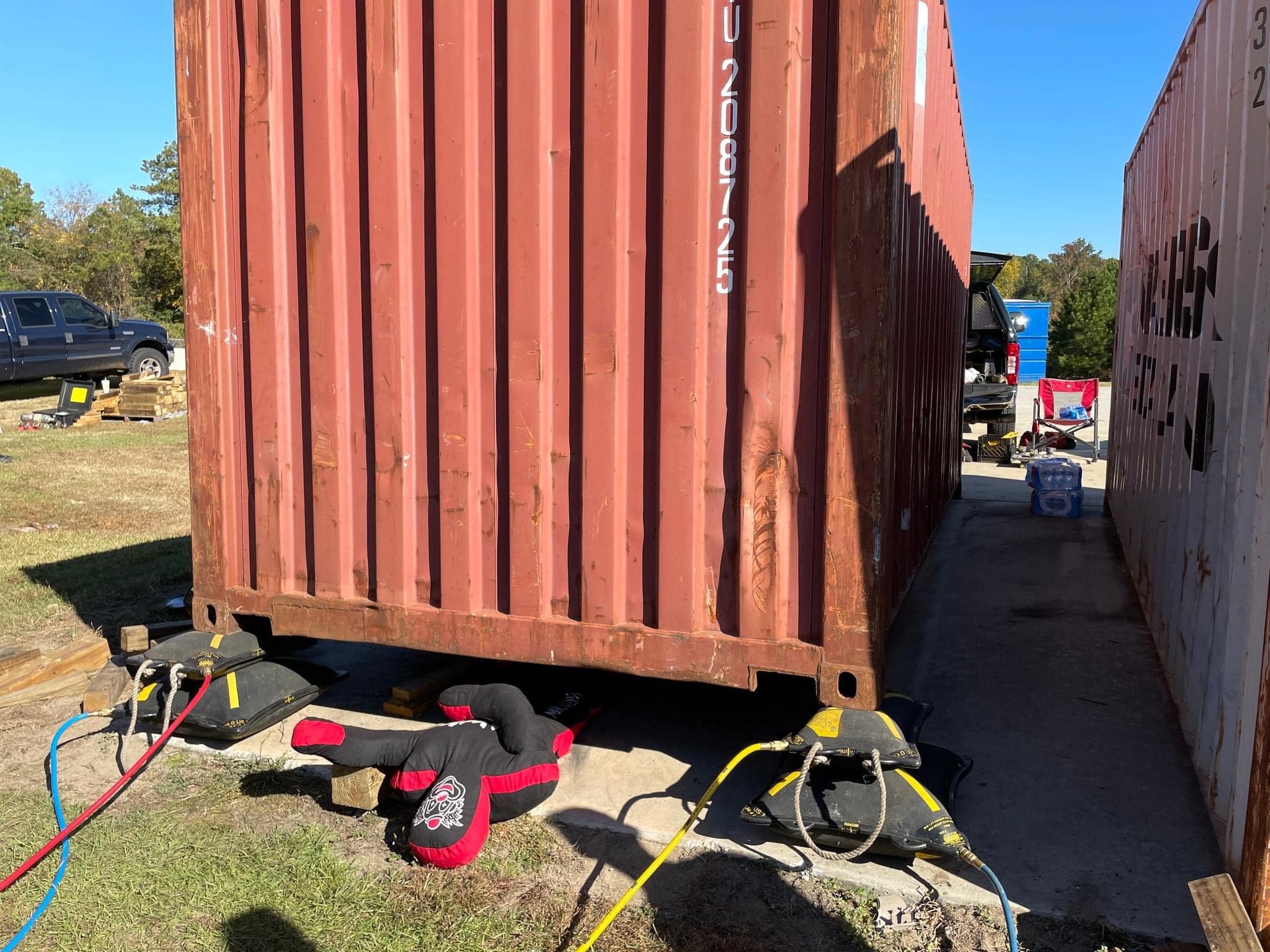 The North Carolina Extrication School at Sandhills Fire Training Center was hosted by the North Carolina Office of State Fire Marshal. Firefighters had the opportunity to learn cutting-edge tactics in the world of vehicle extrication from some of the top instructors in the county. 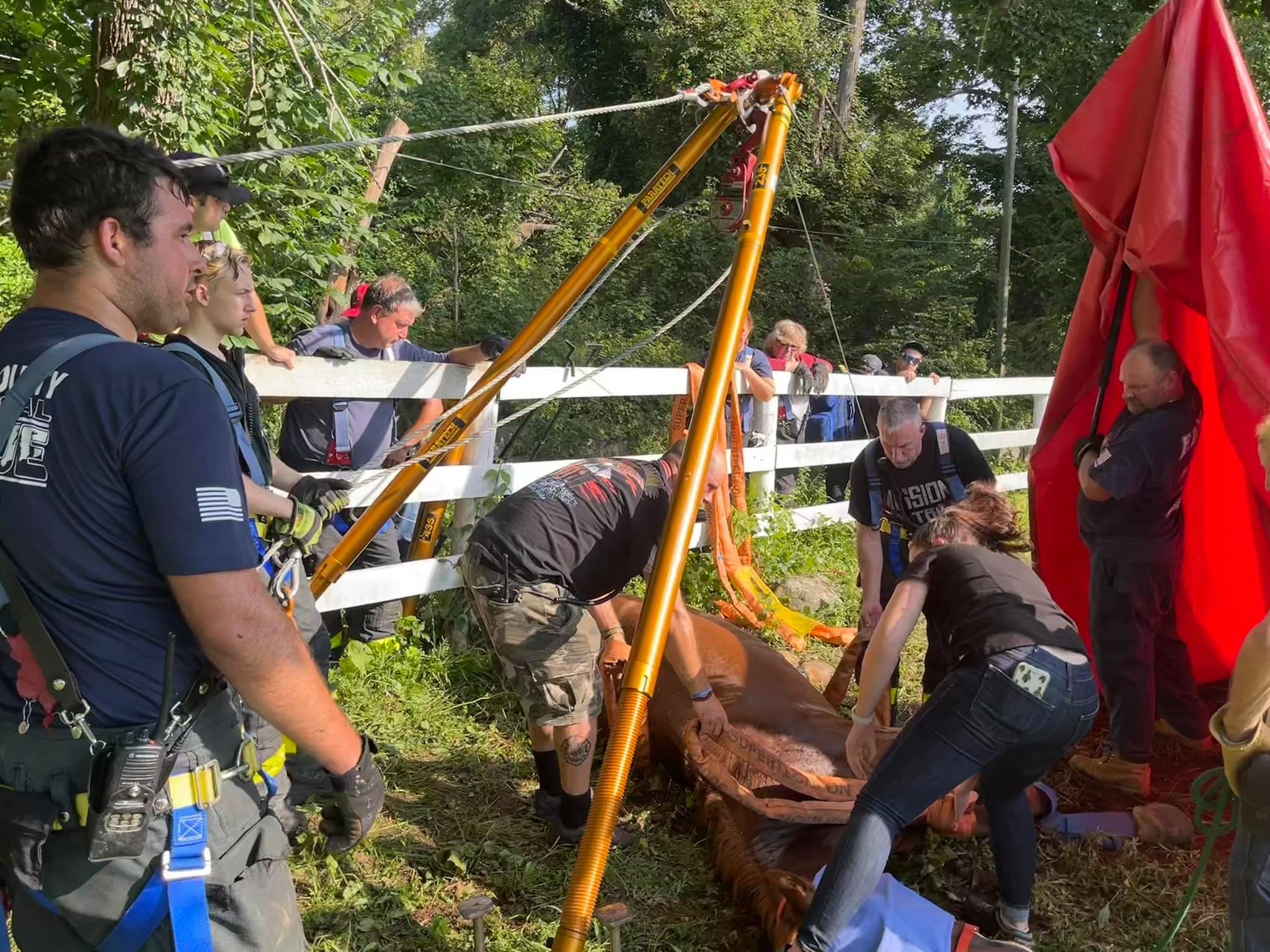